Is there a space between meaning and being? an interval or an interstice? Do expression and existence reside in separate planes, surfacing and retreating according to perspective or focus? In the paintings of John Chang, forms derived from Chinese calligraphy are recognizable yet undecipherable as written language. Composed of swaths of paint, these configurations are also the aftermath of physical exertion, with drips and splatters as evidence of spirited activity. Seen as characters, these marks lie on the picture plane like words on a page or scroll, but the painted gestures and jumble of strokes don’t settle easily into a singular alignment: overlapping strokes become openings or ruptures; background comes forward as distinct shapes.

Each interpretation relies upon relationships that are a matter of perception. Complicating the pictorial space, Chang introduces printed materials from both Western and Chinese sources. These are cut and arranged in patterns or affixed to serve as the receiving medium. Chang uses collected newspapers, as well as postproduction materials from his graphic design work, for his collage elements; and he makes pulp in a blender with shredded paper for the applied substance. In their ordinary use as actual newsprint or advertising, these structural components are flat, but the artist incorporates the regular columns of typography and imagery as a counterpoint to the thrusts and arcs of the faux calligraphy, while the papier-mâché adds texture. At times the text is plainly visible; but it also seeps through, suggesting a territory beyond. Without offering a stable point of reference, Chang revels in the fluidity of consciousness.

By referencing Chinese characters and Western fonts, he portrays his personal experience of growing up in Shanghai and now living in the United States. These two modes of written communication — one associated with the hand, the other with machine production — in part stand for a cultural dialectic. Defining his identity as a “cultural orphan,” Chang even includes photographs of himself in various states from stupor to shock. Like other contemporary Chinese artists, he turns to calligraphy as a signifier of Communist appropriation of the ancient writing system for propagandistic purposes. Although the Red Guards condemned calligraphy for its connection to the feudal system, Mao Tse-tung appropriated its brushwork characters as a symbol of authority during the Cultural Revolution.

As a young boy, Chang learned calligraphy. Around him were also the big bold characters of totalitarian indoctrination on walls. That which had been absorbed as embodied practice was also alienated from the individual and externalized as collective thought — a strategy to control consciousness. Language was used to ostracize people deemed counterrevolutionary, and Chang’s own family suffered its tragic consequences. In his paintings, the artist turns his youthful practice into a pantomime in which action takes place but no words are conveyed. Characters appear to come apart, or they are truncated by the edges and are decentralized. In freeing up these forms, Chang approaches the formal liberation of abstract modern art, which is a Western development excluded from China, and the evident open-endedness and lack of inhibition communicate a sense of exhilarating freedom.

Moving to the States, Chang was surprised to discover the prevailing influence of consumer capitalism within this democracy. Using the combination of words and images, its purveyors are able to creep into public consciousness, influencing choices and behaviors. With different agendas, propaganda and advertising — one political, one economic — share techniques that manipulate through verbal and visual languages. In the West, the formal principles of the avant-garde have been assimilated in order to make products attractive and to connote latest-and-greatest, prompting a must-have impulse beyond authentic or survival needs. Chang fragments and recontextualizes ready-made materials of mass media to create new meanings, breaking the hold of unifying systems.

Juxtaposing Eastern and Western systems, Chang draws upon the Taoist notion of wu hua, Chuang-tze’s term for the transmutation of things or chaotification. Through this state of consciousness, nothing remains “itself,” and anything can become anything else. For the ancient sage, natural chaos was rich and bountiful when compared to the corrupt, confining social order, or luan. Wu hua reveals the actual disorder or insanity of luan, while offering a glimpse or intuitive realization of Tao. If this subversion couldn’t manifest in society, then the breakdown of ordinary consciousness could be realized in the body through spiritual and physical practices to open up the chaos within.

In the act of painting and the creative process, Chang performs the yin and yang of his experience of ancestral and chosen cultures. In seeking balance, he finds his identity by participating in and stepping outside of both, making art that is no-where and no-thing. Often employing written language, Chang likes to confound using other systems, such as when he photographed a grid of color-tinted ice cubes. The illogic of order and objectification is shown for what it is in the transience and beauty of the melting frozen water. 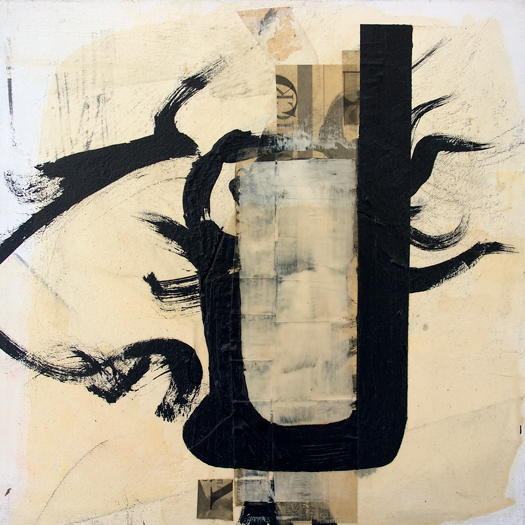 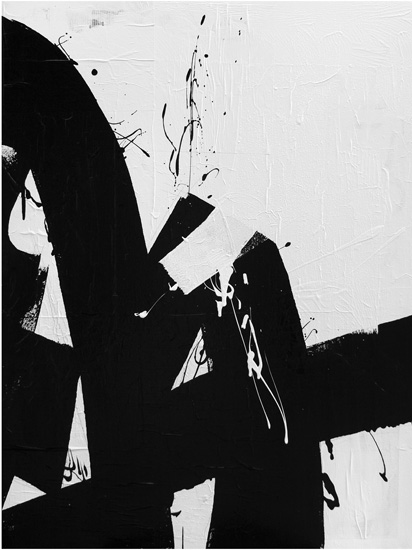 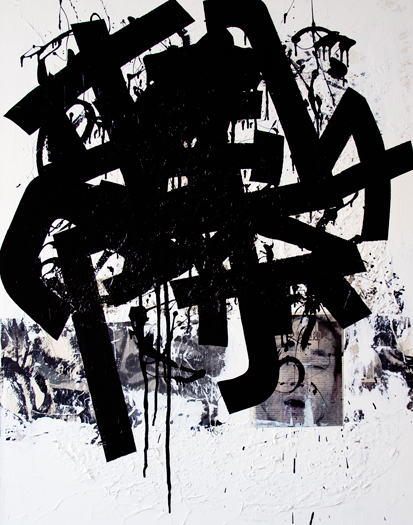